Nikolaj Villumsen is Opening Speaker at the European Asbestos Forum

Nikolaj Villumsen delivered the opening speech at the 2022 European Asbestos Forum in Amsterdam.
In his speech he focused at on the challenges in reforming the EU Asbestos Directive, and the concrete changes he will put forward.

His speech can be read below. 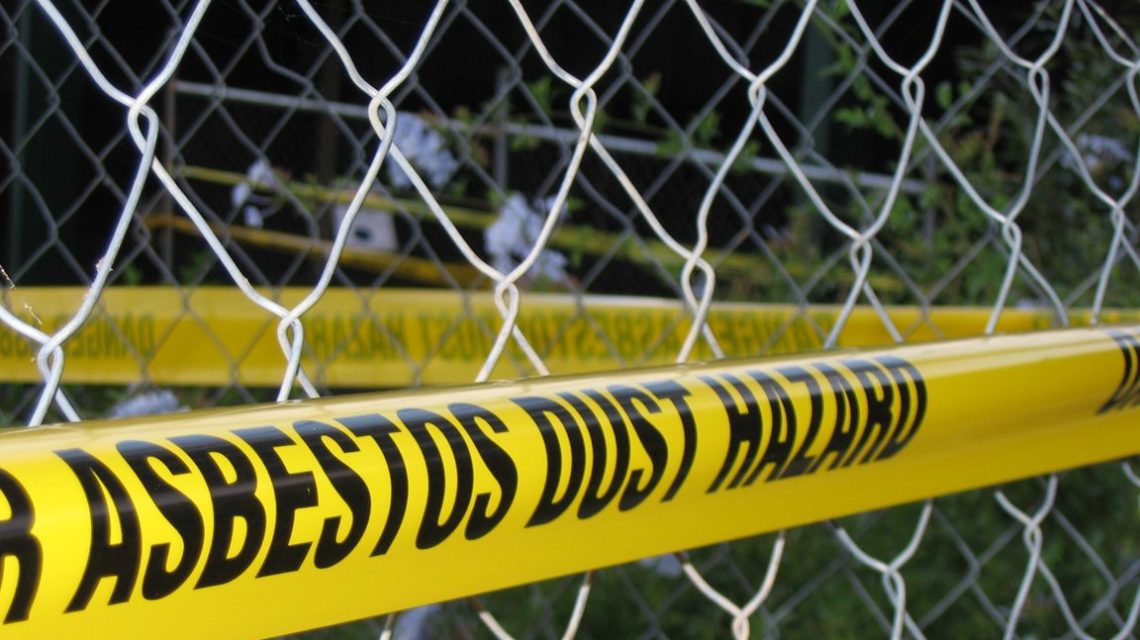 Today, 17 years after the introduction of the EU-wide ban, asbestos continues to

claim lives across the EU – and the vast majority of mortalities and cases of ill health are a result of occupational exposures.

According to the European Commission, more than 70.000 lives were lost in 2019 across the 27 Member States due to occupational exposure to asbestos. That is three times more than the number of people killed in traffic.

It is therefore with much gratitude that I thank Dr. Yvonne Waterman and the European Asbestos Forum for bringing us all together here today. We need forums and networks like this to exchange knowledge and best practices across the field.

To legislators like myself, forums such as the European Asbestos Forum can help ensure that the laws and rules that we adopt at EU-level are fit for purpose and that they reflect the reality on the ground.

And do not be mistaken: we DO need rules, AND it is clear that the existing EU-rules need to be updated.

With the European Green Deal and the Renovation wave, the EU aims to renovate more than 35 million buildings by 2030 in order to meet the challenges of the climate crisis by bringing down the EU’s emissions and becoming more energy efficient.

The urgency of becoming energy efficient is further compounded by Putin’s disastrous war in Ukraine. Energy renovation of the EU’s built environment is a top priority.

However, as all of you here know: Much of the EU’s built environment and infrastructure was built before the completion of the 2005 EU asbestos ban. That means that when our colleagues in the construction sector start ripping up concrete floors, ceilings, walls and pipes, it is very likely that they will encounter materials containing highly dangerous asbestos fibres.

It is the clear view of the European Parliament that we have to guarantee that the green transition is a socially just transition – and we can only do that by safeguarding the health and lives of those workers who will undertake the renovations of our buildings and who will be directly exposed to the legacy asbestos.

Therefore, the European Parliament appointed me last year as rapporteur for setting out political recommendations to the EU’s executive branch – the European Commission – on how to combat asbestos, once and for all.

These recommendations were developed in consultation with multiple stakeholders, including the social partners as well as academics and of course in cooperation with all the main political fractions – from left to right – in the European Parliament.

I am proud and happy to say that these recommendations were adopted almost unanimously by the European Parliament.

In other words – and to use the main theme of this year’s conference: The European Parliament as a legislator is fully committed to setting out ‘state of the art’ EU-rules on asbestos that are fit for the challenges ahead.

The demands from the European Parliament

Overall, the European Parliament adopted 5 main recommendations that we have asked the European Commission to follow up on:

Firstly, we want a much more proactive approach to asbestos removal. Currently, asbestos falls within the scope of the occupational safety and health policy area, which is of course extremely important to all workers involved in renovation works. But it means that we don’t have EU-rules in place that specifically seek to progressively remove the legacy asbestos still present in many of our buildings. The European Parliament is therefore asking for a legal framework with minimum requirements for asbestos removal strategies at Member State level with clear timelines and with EU financial support. Among these minimum requirements, we also need national digital asbestos registries, which should map all existing asbestos in a Member State or a region.

Secondly, we are asking the European Commission to put forward a legal proposal for recognition and compensation of asbestos-related diseases. Currently, there is no legislation at EU-level on asbestos-related diseases, which is unfortunate given how many workers in the construction and renovation sector that are mobile cross-border workers. Currently, we only have a list of recommendations to the Member States.

Thirdly, in relation to the Renovation wave, we have made a proposal for mandatory screening for asbestos prior to any energy renovation work.

Fourthly, since the European Parliament’s aspiration is to deal with asbestos from a much broader approach than the occupational safety and health framework, we have also developed a proposal for mandatory screening and registration of asbestos in relation to sale or rent of buildings.

Lastly, we have made a concrete proposal for a complete overhaul of the current EU-directive on protecting workers from asbestos from 2009. My apologies for going a little further into detail here. But it is simply because we will soon start the actual legislative revision of this directive:

– Among these proposals, the European Parliament proposed to lower the current Occupational Exposure Limit Value from 100.000 fibres per cubic centimetre to only 1.000 fibres. We know from the European Chemicals Agency – ECHA – that asbestos does not have a safe exposure level, which means that any exposure to asbestos may eventually lead to disease. The ambition of the European Parliament is therefore to set a limit value as low as technically possible in terms of measuring. A number of Member States like France, Germany, my own country – Denmark – as well as the country we are in today – the Netherlands – already have limit values that are well below the current EU-level.

– But that also means a change in measuring method. The European Parliament is proposing to replace the current Phase-Contrast Microscopy with Electron Microscopy. This proposal is currently being discussed among the Member States.

– We are also proposing a certification scheme at EU-level for companies that undertake asbestos renovation. We need standard criteria to ensure that companies have the necessary qualifications and knowledge.

– We have also made a proposal for mandatory screening and registration ahead of any demolition or maintenance work, and we propose to make it a requirement that such screenings must be carried out by certified personnel.

– As part of the ambition to remove asbestos once and for all, the European Parliament is also proposing to prohibit the encapsulation, sealing or repairing of any asbestos containing materials. Such materials should be removed entirely.

These are the 5 main elements I developed as rapporteur, and which were adopted by the European Parliament last year as ‘state of the art’ EU rules on asbestos.

The proposal from the Commission

As a response to these recommendations the European Commission has recently come forward with an actual legislative proposal to revise the current EU-directive on protecting workers from asbestos as well as a so called ‘Communication’ that outlines the further steps that will be taken in the course of 2022-23.

That means: We can expect a revision of the existing EU-rules that apply to workers engaged in asbestos renovation. And we can expect to see additional legislative action at EU-level to remove asbestos.

So allow me to say a few words on what is in the pipeline:

In its Communication, the European Commission commits to the approach, that I set out in my recommendations, to go beyond the typical occupational safety and health area and to take on a much more proactive approach to asbestos removal.

For instance, the Commission has committed to present a legislative proposal next year on mandatory screening and registration of asbestos – possibly in relation to sale or rent of buildings with minimum requirements on data collection. The Commission will also ask Member States to set up national asbestos removal strategies.

That means that even if the Renovation wave would be delayed due for instance the current economic outlook, asbestos removal and registration and screening would still be a political priority and a legal requirement in relation to sale and rent of buildings.

These are just a few of the notable initiatives that we can expect to see in the near future and which I sat out in my recommendations on behalf of the European Parliament.

As for the revision of the existing EU-directive, the Commission’s level of ambition is not quite, what the European Parliament had hoped for. Actually it is very far from our ambition level.

The Commission’s revision of the existing rules is very limited in scope and doesn’t go far enough – even within this limited scope.

And for that reason, the Commission has only proposed a non-binding suggestion to use the electron microscopy mothed, since the current Phase-contrast Microscopy method can still be used to enforce the 10.000 fibres limit value.

It is unfortunate that the Commission does not use the full political support of the European Parliament to be more ambitious here. As I said earlier – asbestos does not have a safe exposure level. Any exposure to asbestos may eventually lead to disease.

– to lower the exposure limit to 1.000 fibres per cubic centimetre;

– to replace the current measuring method with Electron Microscopy but with a reasonable transition period;

– to set out a certification scheme at EU-level for companies that undertake asbestos renovation;

– to introduce mandatory screening and registration ahead of any demolition or maintenance work;

– to prohibit encapsulation, sealing or repairing of any asbestos containing materials, which instead should be removed altogether.

Earlier this week in Denmark, we were once again reminded of the urgency of a thorough revision of the existing rule.

At a big renovation building site in my hometown, Aarhus, sampling had been carried out according to the current rules and the results of the samples had shown no presence of asbestos.

However, a trade union representative, who happened to visit the site, took out his own samples and had them analysed at the Danish Environmental Institute.

And guess what – it appeared that the roof of the buildings were completely infested with asbestos.

Had that trade union representative not happened to be in the area, and had he not done the additional sampling on his own volition, this renovation project could have had fatal consequences for both the workers undertaking the renovations as well as the future tenants of the buildings.

This is an example from the reality on the ground of how the current EU-rules are no longer fit for purpose and need to be thoroughly revised. In the concrete example, what we need is a legal requirement that all sampling and risk assessments are performed by certified personnel, who have the necessary qualifications and knowledge.

The concrete example also underlines the key role of having strong trade unions to help enforce the rules. Let me be frank, the reality at some building sites is that workers are coerced into keeping quiet about the presence of asbestos out of fear of losing their jobs.

That is why we need strong trade unions and we also need all EU-member states to live to the ILO-convention on labour inspectors who have sufficient resources and authority to regularly enter and inspect building sites for fraud and abuse.

I hope that we can achieve an asbestos reform that puts protection, health and prevention at the heart – and which also ensures that all entrepreneurs have to live up to the same, high standards.

Thank you for the invitation to speak here – and I wish you all a very good congress!

You can find the speaker overview of the forum here. 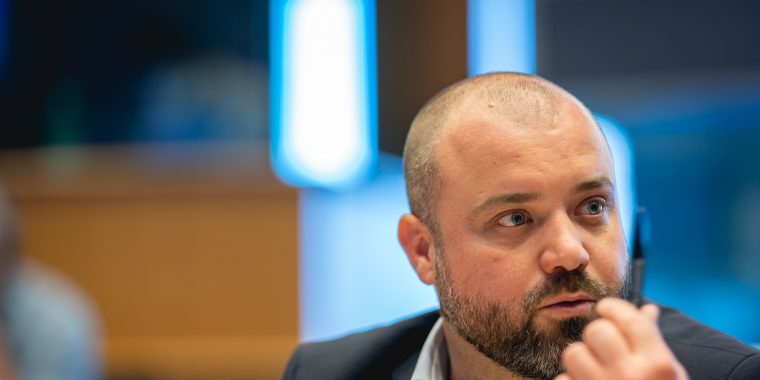 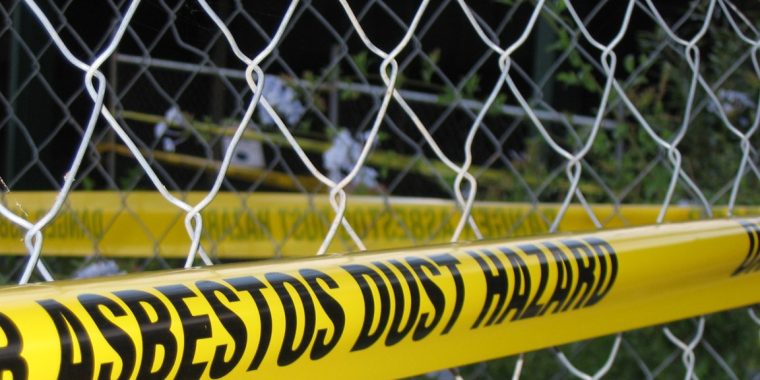 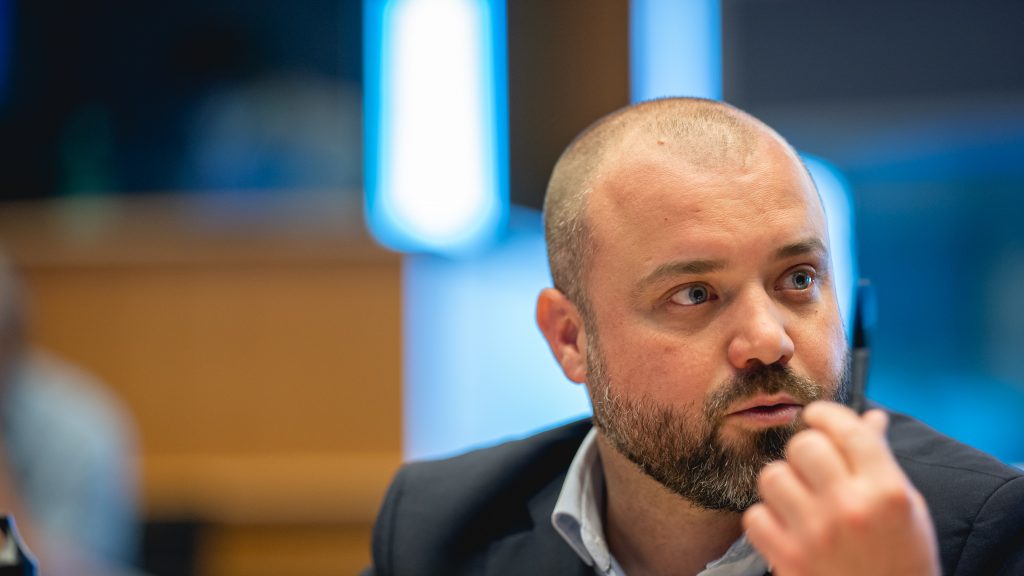 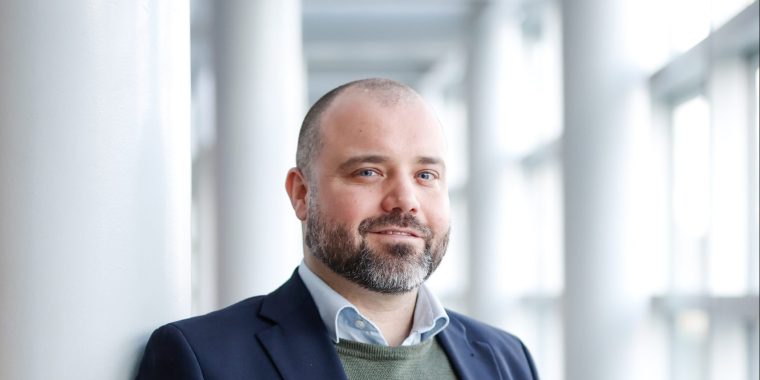 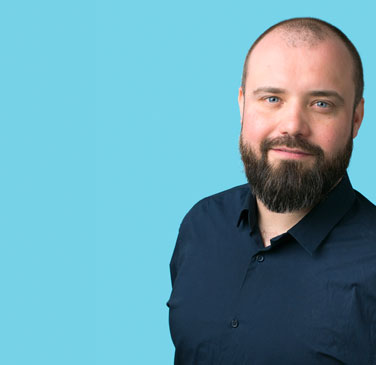 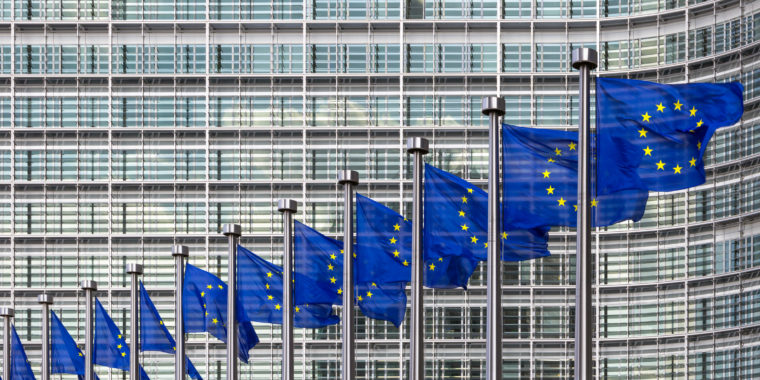 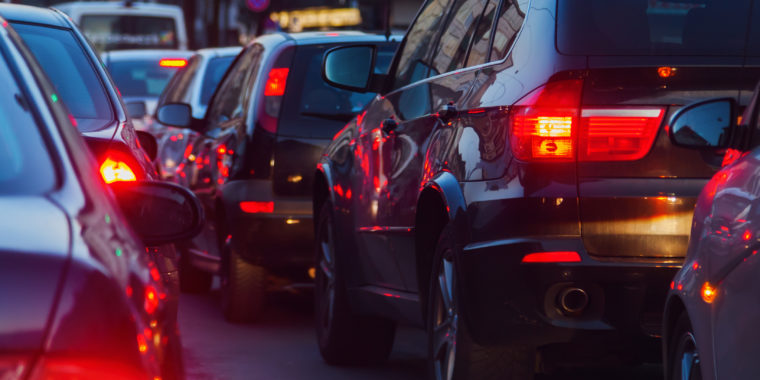